As eight o’clock approaches, there’s an energy that starts to build as spectators await the march of the Scottish band, because once the time is true, rain or shine (and we really mean rain or shine), we march!

… there’s an energy that starts to build as the locals know what to expect.

First, you’ll hear the faint drone of the bagpipes as the band begins to warm up in Victoria Park. Faithful attendees will be setting up their lawn chairs to claim their spot along the parade route and the excitable laughter of those who are standing in line for ice cream while the anticipation grows. You’ll see the lawn chairs and sidewalks fill before the clock strikes 8:00pm – the clock doesn’t chime, but you’ll know by the first skirl of the bagpipes.

A main street tradition in Kincardine since 1948, you’ll delight in the sights and sounds of Scotland as the Kincardine Scottish Pipe Band parades Queen Street.

Thousands of Spectators Line Up

Don’t be afraid to become part of the parade! The band forms up at Victoria Park (Durham Market Square North) and proceeds down Queen Street with hundreds, if not thousands of spectators, falling in line directly behind.

At 8pm sharp, rain or shine, we march!

Follow the Band as they parade north on Queen Street to Quinn Plaza (just south of Broadway Street), where they take a short, and well-deserved break, before embarking on the return route. Be sure to stay with the Band all the way back to Victoria Park to enjoy a short concert following.

Haunting Sounds of the Phantom Piper

The band doesn’t just make an appearance on Saturday nights – be sure to claim one of Kincardine’s blue beach chairs, a spot near the harbour or a table at the Bruce Steakhouse before the sun starts setting. You’re in for a treat!

As the sun starts to set, the Phantom Piper starts up to pipe the sun to sleep from atop the Kincardine Lighthouse. The lament of the pipes can be heard as the sun starts its descent, until well below the horizon. This unique experience is an ode to the Legend of Donald Sinclair, which can be found inscribed on a plaque at Walker’s Lookout.

Are you a piper or a drummer?

You’re welcome to join in!

All pipers and drummers are welcome to march and play with the band – the only rule is proper dress is required. The Kincardine Pipe Band has played host to musicians from all over the world and would love to include you.

It looks like there aren't many listings for the fall season. Please try another season. 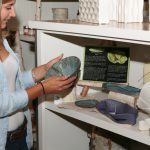 Bruce County is where artists and artisans thrive and shine